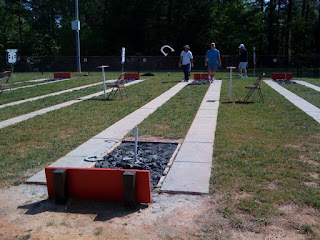 In my old job I used to manage the local horseshoe events. Well, wouldn't you know it - after I left they up and got themselves a professional horseshoe event. I had a visit this past weekend and captured some photos. The winner took home 600 bucks. I do have to say - these guys and gals are good. The winning woman had an 85% ringer percentage. Throw a hundred shoes, ringer 85 of them. Let me see you try that!
Posted by T-Rav at 4:37 PM 1 comment:

Fun in the sun 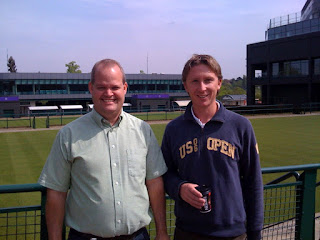 This photo shows Mitch and Glyn enjoying a rare day of sunshine at Wimbledon. Surprisingly, this is the fifth consecutive day of full sunshine. The question remains: Is this a good sign that our testing is going well or is it a bad sign that the Championships will be very wet? We'll find out soon enough. At least there is now a roof on Centre Court. By the way, the security guy did not like me taking this photo.
Posted by T-Rav at 8:23 AM 2 comments: 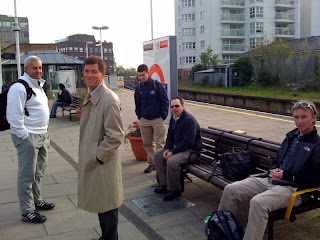 The crew (minus Mitch) waiting for the Tube to take us to Southfields.
Posted by T-Rav at 6:28 PM 3 comments: 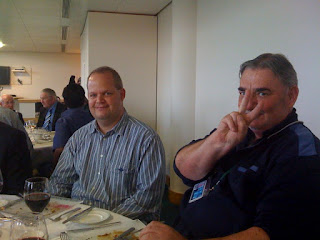 Mitch and Figgs at the test dinner. Peace out.
Posted by T-Rav at 6:57 PM No comments: 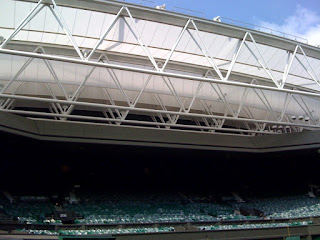 A look at the new roof on Centre Court at Wimbledon.
Posted by T-Rav at 11:25 AM 1 comment: 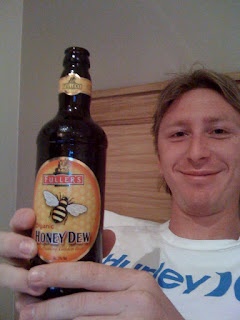 Glyn enjoying a beverage provided by thousands of bees.
Posted by T-Rav at 7:09 AM 2 comments: 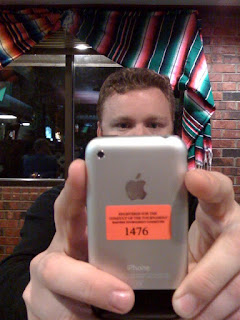 Here's hoping this works. Photo: Zach and his iPhone at Veracruz. 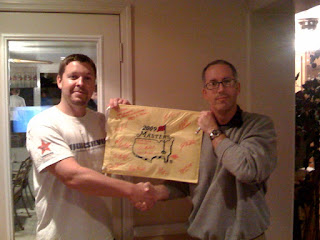 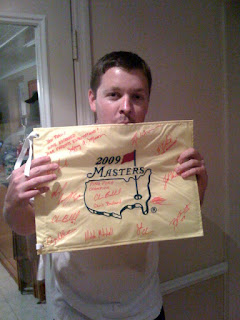 It was a rough night for me. Immediately out of the gate Matt won the first game 11-0. Fortunately I came back and won the next two. Then I dispatched Jon with ease (OK, not with so much ease) and met up with Chris in the final. I actually beat Chris in the first game but lost the second game badly. The rubber game was competitive but really never in doubt for Chris. Chris is the 2009 Ping Pong Champion. The photos above show the winner kissing the trophy and the winner and runner up exchanging pleasantries after the gruelling final.
On another note: Robert got killed in his first match and remains #11 in the overall rankings slightly beating out Jeff who is #12.
Posted by T-Rav at 10:12 AM 1 comment: 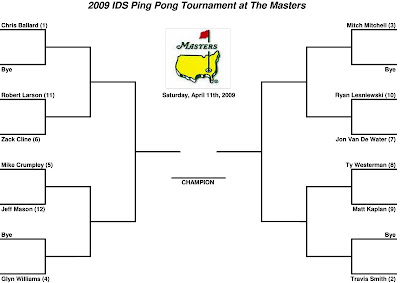 I'm mentally preparing for our 2ND annual (we skipped 2008) Masters Ping Pong tournament which will take place tonight. I've been awarded the number 2 seed even though I was bounced out in the first round in 2007 - I lost to Rallis who went on to win the tournament. In challenger play this year I am 2-0 with wins over Vandy and Robert. The win over Vandy was a gruelling 3 set match where I came from 9 points down to eek out the win.
Posted by T-Rav at 6:11 PM No comments: 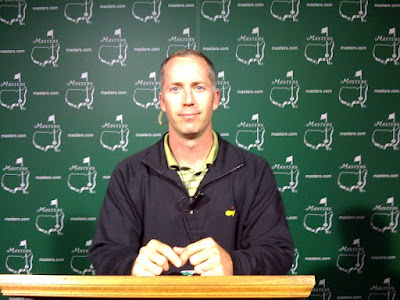 My chance at the spotlight. Too bad no cameras were rolling.
Posted by T-Rav at 3:53 PM No comments: 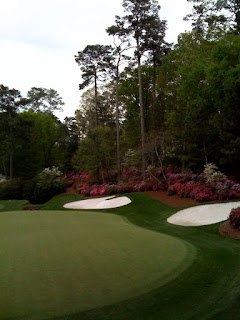 Round 1 has started. I think I may ride out to 13 and have a look around. It is a beautiful day in Augusta and I am extremely happy to be here. That is until I have to go and support the TV compound.
Posted by T-Rav at 1:39 PM 2 comments: 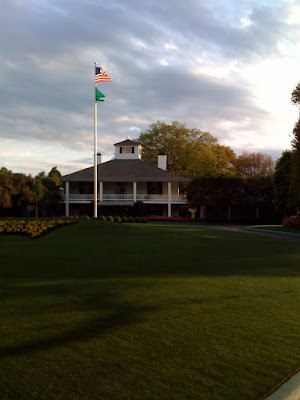