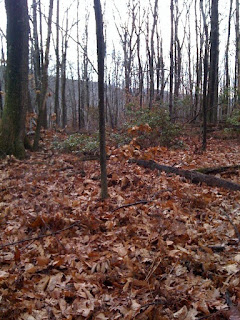 Rain has stopped. Still no deer for me although two in our crew have killed one. It's lunchtime - turkey and ham on wheat.
Posted by T-Rav at 12:02 PM No comments: 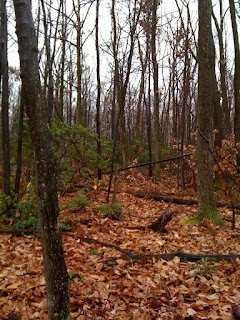 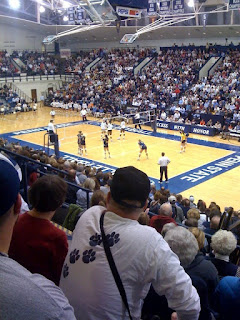 Just had to go see the best sport at Penn State - Womens Volleyball. They have won 95 consecutive matches - going for 96 tonight. That streak is second in the NCAA in all sports. The women will also be trying for a third NCAA championship in a row.
Posted by T-Rav at 7:28 PM 2 comments:

My travel is kicking in to gear again. I've been home for close to 2 months and I'm starting to get a bit jumpy. Below is my schedule over the next two months:
28 November to 2 December - Home to hunt the elusive white tail deer. Don't worry, I always shoot for the head - they'll feel no pain! Oh, and my .243 is very accurate.
7 December to 15 December - Off to Switzerland to Ski with Glyn and Erich. At this point it is looking more like and expensive hiking trip - seeing that there isn't any snow!
19 December to 26 December - Back Home for Christmas. NOTE TO MOM - I don't need anything so don't get me anything! Dad, I hold you accountable!
29 December to 28 January - Back to Australia for Vacation. Just kidding, I actually have to do some work - Spending New Year's with Jo and Ken and I'm looking forward to good food and a lot of college football talk. Especially about when Penn State beat Georgia in the National Championship game (1982)
Posted by T-Rav at 11:10 PM 1 comment: 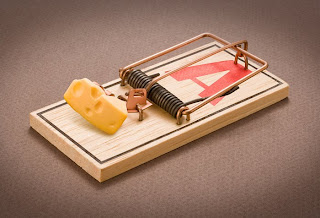 As you've read in a earlier post, my father and I discovered a working septic system that I never knew existed. Of course that led to re-routing our bathroom to the main sewer line. During this process my dad had expressed that he wanted to install a running trap on the main sewer line outside the house. The running trap would prevent sewer gasses from getting past the trap. Having the running trap is code in Pennsylvania, but not in North Carolina. Long story short, we didn't have to run a new line outside the house so we didn't install the running trap.
A few weeks after my dad had departed, Brandi and I had noticed a "sewer gas" smell in the bathroom and it got progressively worse as the week went on. Since I had replaced a leaky wax seal on our toilet just after my dad left, I thought that my wax seal install was faulty - so it was off to Lowe's to buy a new seal (industrial strength this time). I was going to wait until the weekend so Brandi could help me, but the smell was just too bad and getting worse. I finally decided to just get it done. I removed the toilet, put the new seal on, set the toilet and started tightening it when I heard and felt a 'snap.' As it is with all of my projects, I had to pull the toilet back up to find that I broke the rusted cast iron flange where the closet bolts slide on. Off to Lowe's again to buy a repair kit.
Fortunately I already had another wax ring (which I bought two Lowe's trips ago) ready to go once I repaired the flange. Wax ring installed, toilet set, tightened down. Now I'm just waiting for the stink to disappear. So I turn on the shower exhaust fan, open the windows and spray some Febreeze. I figured I'd give it a few hours - just around the time Brandi gets home from work. So, after a few hours still noticed a smell, but not as bad. Brandi agrees with me upon her arrival home from work. But as the evening went on, the smell just didn't seem to go away. Desperate for answers, I start sniffing everything; the toilet, the sink, the shower drain and even the dog. One last thing I tried was checking the sink trap to see if it was leaky.
As soon as I opened the cabinet door to look at the trap I immediately knew something was wrong when I about passed out from the smell. It turns out that the mouse trap I set the week before was successful and the smell that had been getting progressively worse was the rotting mouse corpse.
Rewind to a week after my dad left. Brandi had noticed some mouse droppings in the sink vanity and told me to set some traps. I did and I even checked them over the next few days. It seems as if the day after I last checked the traps, I caught the intruder.
So the countless trips to Lowe's were needless - the sewer gas was a rotting mouse. This is how it goes when I find a project to do at my house. The funny thing is that my dad vowed not to come back to help because every time he does, we run into issues. But in true form, he called me last week giving me prices on replacing the water lines under the house from Galvanized/Copper to PEX. It is a project that needs to be done. The pipes are run poorly and some have a few drips coming from them.
If the project comes to fruition, I told my dad that we will likely find an Indian burial ground under the house, or we'll find Jimmy Hoffa. We've resigned ourselves to the fact that any project we tackle will come with a lot of excess baggage.
Posted by T-Rav at 2:14 PM 5 comments: